Much of the work completed by The Melanson Company is rarely seen by the public. So when an opportunity arose to be part of the team on the renovation of the 172 year old downtown Manchester landmark, The Pandora Mill building, came along we were very excited. The vacant structure had been purchased by inventor Dean Kamen’s investment company. Their goal was to revitalize the historic mill back to its once majestic beauty of 1839.

Once the massive custom milled rafter beams were set in place and covered with a layer of new Douglas fir tongue and grove roof decking the project was ready for a commercial roof system to protect it from the elements for many years to come. This project incorporated 3-layers of rigid insulation with staggered joints covered with a fully adhered .060 white Sika Sarnafil PVC roof system. In addition to the benefit of having heat welded seam technology the highly reflective PVC cover sheet contributes to the overall efficiency of the photovoltaic solar array installed on the roof.

Of course what everyone sees is the new copper on the tower and chimney. The tower had been struck by lighting about twenty years ago. So there was a lot of preparation work that had to be completed before the new intricate copper flashing and roofing could be installed. In addition the existing ornamental finial was completely refurbished and installed on the peak of the tower. This time around a lightning rod system was installed as well. 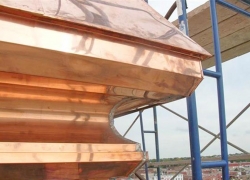 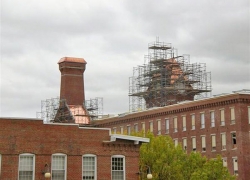 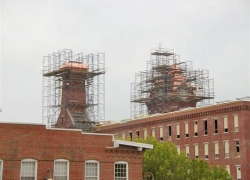 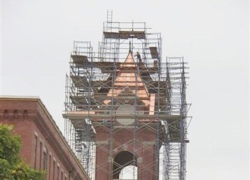 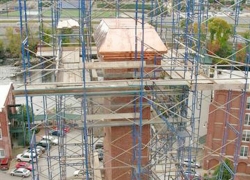 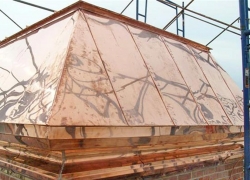 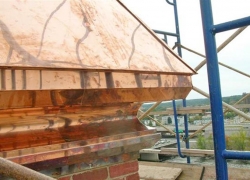 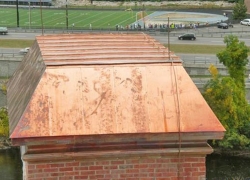 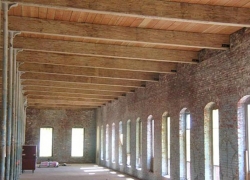 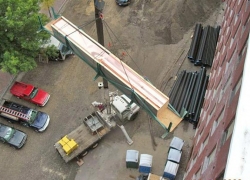 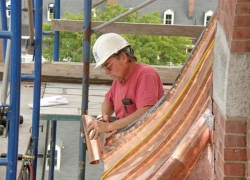 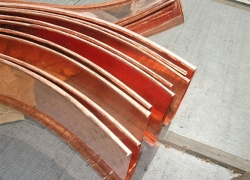 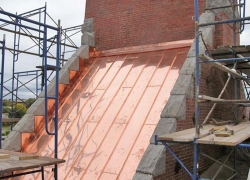 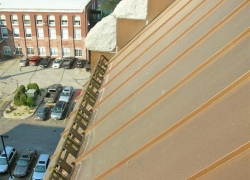 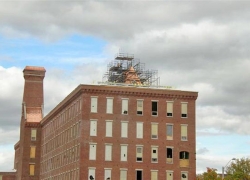 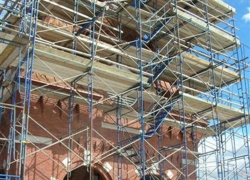 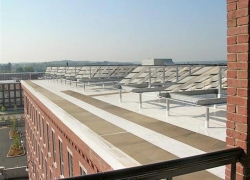 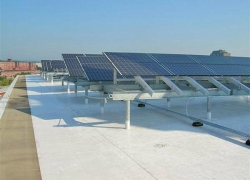 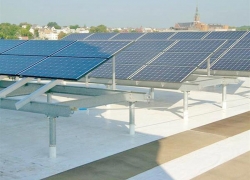 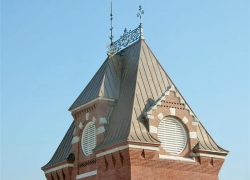 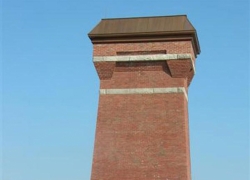 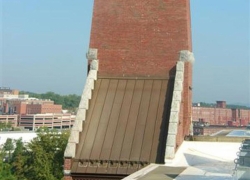 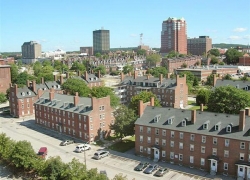 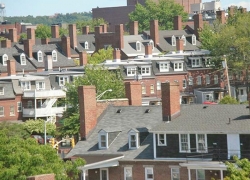 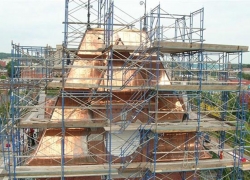